With annual sales of 17 million pieces and monthly traffic exceeding one million, this independent website brand is about to rise

The east wind of the epidemic has caught fire with a number of cross-border sellers, including Amazon sellers who seized the tuyent and made a lot of money, and independent sellers who took advantage of the opportunity to promote the rise of the brand.

Meundies, as a rising DTC brand in the United States, has its own unique features like China's cross-border giant Shein, from its initial unknown to its current monthly traffic of over one million, and then gain the support of a large number of capitals.

Monthly traffic more than one million, the proportion of direct search accounted for 60%

Meundies is an American DTC brand of underwear, founded in 2011, the products are mainly sold online. The company's main categories from the initial men's underwear, gradually expanded to women's underwear, underwear and home wear, etc., with unique brand characteristics and exaggerated bold design patterns and colors attracted the attention of a number of Gen Z and millennials in the United States.

In the past 2020, the annual sales volume of Meundies has reached 17 million pieces, driving its annual sales volume to nearly 640 million. It is not easy for a lingerie brand to achieve such great results, but its scale is still growing, with its size increasing by 1583% in just the last three years.

Of course, large-scale growth is more inseparable from excellent independent station operation. According to Meundies, it has more than one million monthly traffic, of which 83.43% comes from the United States and the rest comes from foreign countries such as Canada, Australia and the United Kingdom.

Meundies has captured a large number of potential consumers, its brand has taken root in the hearts of consumers, awareness is also spreading. Data show that the proportion of consumers who directly search for Meundies brands or websites is close to 60%, and most of the keywords searched by consumers are keywords related to brands.

Every product undoubtedly has its own unique success, and MeUndies is so.

Underwear as a necessary clothing, with rigid demand, high frequency, repurchase rate of high advantages, but how to make everyone like the underwear is the key to the sellers compete for competition. Comfy underwear is undoubtedly favored by consumers, as can be seen from the fact that Ubras ranked top of the list of China Tmall underwear sales during this year's Singles' Day, while Meundies positioning itself as "the most comfortable underwear brand in the world" coincidentally with consumers' mentality. 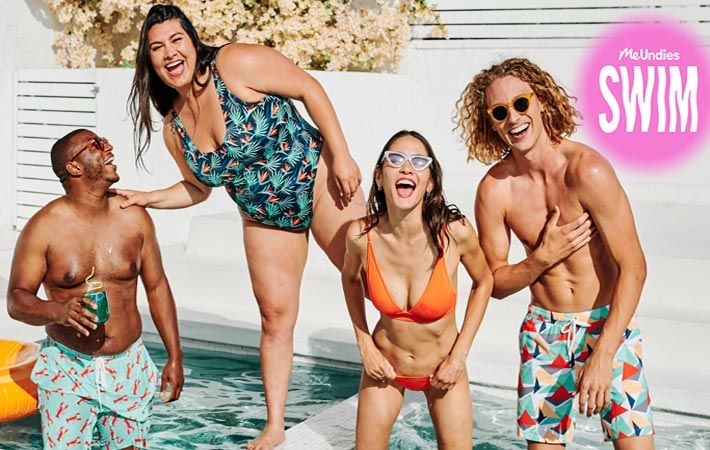 The bold patterns and bright colors seem to reflect the bohemianism of the younger generation. In addition, its product design has a strong inclusiveness, no matter you are what kind of skin color, what kind of figure, you can choose MEUNDIES underwear.

The product is user-based, and Meundies does that. It is reported that each of its products is based on the feedback of consumers, through in-depth analysis of independent websites and the social media platform data used by consumers, while understanding consumers, design products consumers want.

The evolving subscription model. Subscribers pay $16 a month to buy the new underwear that month, free shipping, but if you don't need the service, you can skip it or cancel it, which is flexible.

Of course, the success of the independent station is not without drainage. Meundies has nearly one million social media followers and can be seen on Facebook, Instagram and other social platforms. It regularly posts product pictures to interact with consumers. In addition, Meundies will also regularly carry out brand activities through online celebrities.

Dynamic, fun videos are more eye-catching. Meundies has broken the convention of the traditional high fashion model to show underwear, and has a strong uniqueness. Its product advertising has a humorous color, highlighting the artistry of advertising, and is more popular with the young generation.

Sellers who sell related products or do independent stations can refer to the success of Meundies to choose the right way of development.